Kohima College held its 50th Parting Social at the college auditorium on the 4th of March, 2017 with Shri. Rajesh Soundararajan, IAS, Deputy Commisioner Nagaland as the chief guest. Speaking on the occasion, Soundararajan called upon the students to excel in whichever field they choose to pursue. He said that there is no field nobler than the other, and that one should give their best in their respective fields. He also added that college is the foundation of one’s career and personality, and said that he owes everything he is today to his teachers from college who helped him gain knowledge and experience. He also said that college is where we forge lifelong friends, and for the lucky ones – life partners too.
Earlier, Tangmong Konyak had been awarded “Student of the Year” while Metsive Kezo bagged “Best Class Representative”, and the Swatch Bharat mission “Cleanest Classroom” had been awarded to 2nd Semester, Section B. Special award “Students’ Choice of the Year” was presented to Dr. Konei Nakhro, Asst. Professor, Dept. of Political Science. The college also honoured Hütulü Chüzo for winning 2nd consolation prize in All Nagaland Inter Collegiate Debate Competition, and Keviwelhou Zumu for bagging gold medal senior category in the 29th State level annual tournament of the all Nagaland Shaolin Kungfu Association.
Welcome address was delivered by Kohima College principal Dr. Watijungshi Jamir. Miss Tutu Terhüja presented a special number while annual report was given by Kohima College Students’ Council General Secretary Nukedu Dawhuo. Miss Sangerchila and Miss Leavine Resüh also delivered speech on the occasion. Mr. Zuchamo Kikon, Associate Pastor, Peniel CRC, Kohima prayed for the outgoing students.
The function was chaired by Asst. General Secretary, KCSC Mr. Vimeyiekho Vitso, while vote of thanks was delivered by Mr. Avezo Kevin Kapu, Asst. Games & Sports Secretary, KCSC. 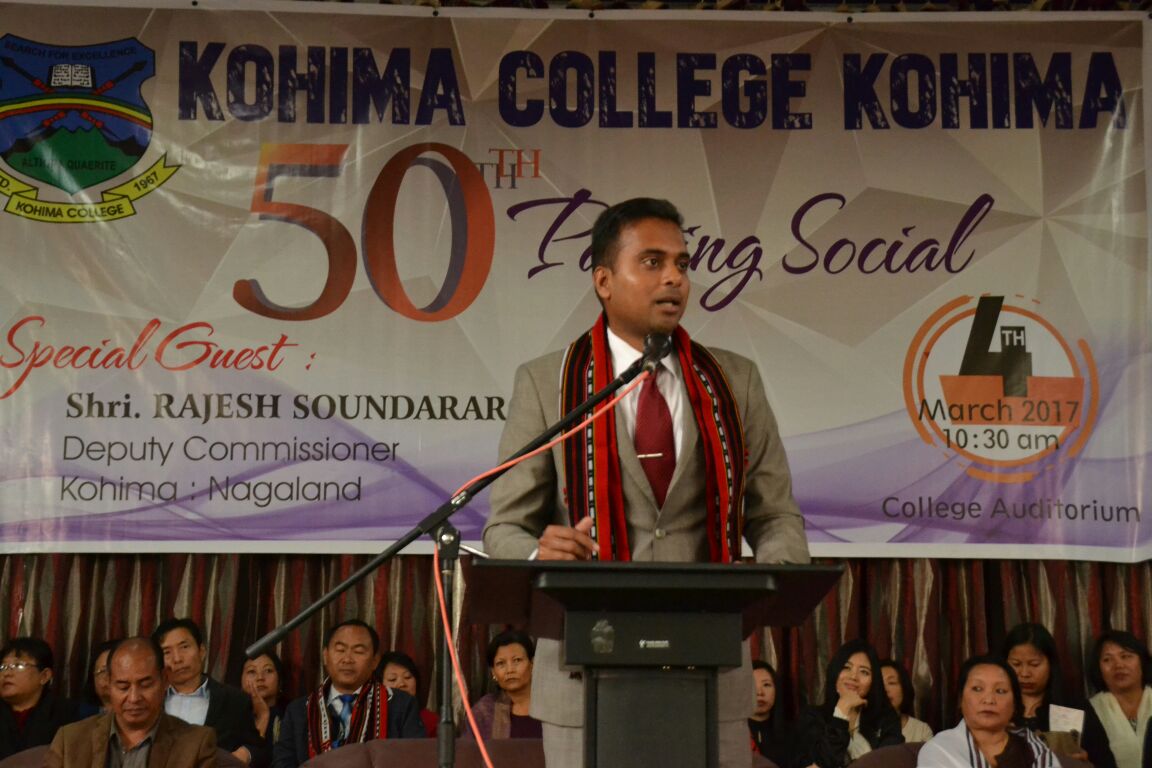