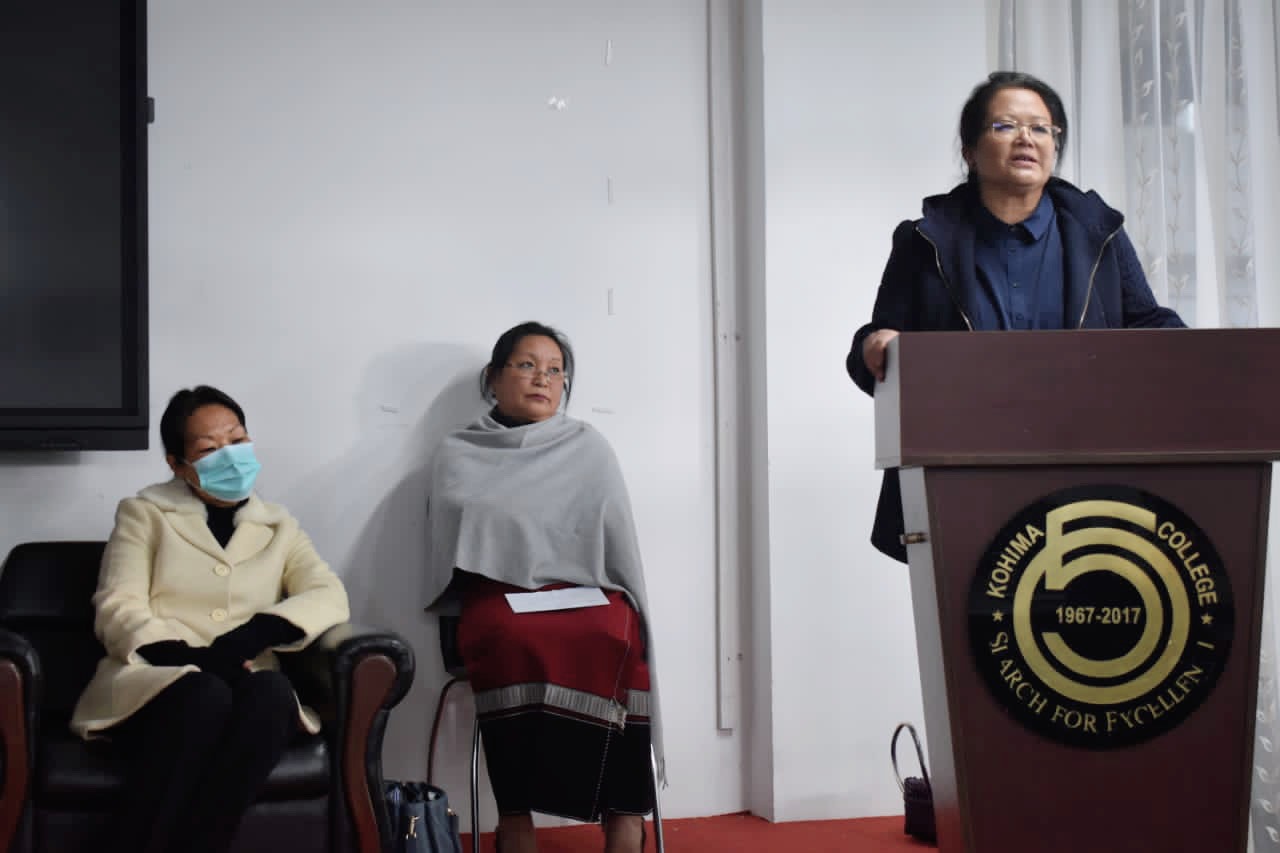 Kohima College, Kohima accorded farewell to Smti. Moanungla Kevichusa, Assoc. Prof. & HOD (retd.), Dept. of English, on Saturday, the 12th of December, 2020. In keeping with SOP, a small but intimate farewell programme was organized by the college in appreciation of her 35 (thirty-five) years of service. She had shouldered many responsibilities during her term of service, some of which were:

She was also actively involved in extension services:

i) Member, Board of Under Graduate Studies (BUGS), Nagaland University.

Smti. Maonungla in her speech shared glimpses of her thirty-five years of experiences with the college and faculty, and expressed her gratitude to all for enriching her life in many special ways. She exorted the remaining teachers to teach with passion; to teach with the heart.

Dr. Ralimongla, Principal, KCK, extended her appreciation to Smti. Moanungla and her family; and stated that she had been a “torch bearer, a guiding light and a source of strength” to the college, and that she has encouraged all by her good example and work ethics. This was followed by a series of speeches from the HODs of the different departments acknowledging her dedication, professionalism, her many sacrifices and contributions to the college, and the deep bond of friendship forged. The programme was chaired by Smti. Thinuokhrienuo, Vice Principal, KCK.