A Brief History of Kohima College

Kohima College, located in the scenic hillock of Kruoliezou, Kohima, was established on the 9th August 1967. This educational institute holds the distinction of being the first private college offering higher education in the branch of Humanities for the first time in Kohima, the capital of Nagaland. The College owes its existence to the founding members; four far sighted individuals from Kohima Village, who shared a common concern which was the need for an Academic Institution in Kohima. This pressing need was especially felt for youths from economically weaker sections of the society, who did not possess the means to travel outside the state for further studies. This requirement was all the more urgent since there was no institution offering Higher Studies program/s in the field of Humanities in Kohima at that point of time. In light of this predicament, Dr. Neilhouzhü Kire, Dr. Satuo Sekhose, Mr. Vibeilie Solo and Mr. Vilalhoulie Belho together rose to the challenge and created history by establishing the College.

It was through the initiative of Dr. Shürhozelie Liezietsu that the Education Department was persuaded to part with its quarters located at the present site Ura College of Teachers’ Education. These quarters, along with Dr. Setou Liegise’s building and a house belonging to Mr. Aguo Zeliang, were officially handed over to the College. With the possession of these buildings, the College was finally able to solve the problem of space. However, due to lack of funds, the college was often unable to pay salaries to the teachers. The founding members were nevertheless, unrelenting in their efforts to ensure the proper functioning of the college.

With the course of time, the problem of accommodation arose with the rise in student enrolment. Besides the need for expansion, the existing infrastructure was also highly dilapidated and had to be renovated to make room for the ever increasing student population. Mr. H Gupta assumed charge of the College in 1979 and Mr. H. Saiborne was made the Vice Principal. Both of them developed a deep concern for the college’s lack of permanent infrastructure. Finally, they approached the University Grant Commission (UGC) and received a substantial amount for building grants. With this fund and some material assistance from the State Government, a modest building complex was constructed.

The Government of Nagaland took over Kohima College with effect from 1st February 2006. With the subsequent completion of the construction of a new building complex in 2009, the College was shifted to its present site during the 2009-2010 session. An Inauguration Ceremony to commemorate the new complex for Kohima College was held on 12th May 2009. The Inaugural address was pronounced by the Chief Guest for the momentous occasion, Dr. Shürhozelie Liezietsu, the then Minister of the Department of Higher & Technical Education, Government of Nagaland. Lt. Dr. Satuo Sekhose, the only living founding member then was present to share the collective vision which gave birth to the college. It may be mentioned Mr. C Khalong became the first Principal to head the college since government take over.

The college began its journey in 1967 with 127 students on its roll. The subjects offered then were English, Alternative English, Economics, History, Philosophy and Political Science. Later on, Philosophy was dropped for lack of students and Education and Sociology were added instead. In 1972, M.A. in Political Science was granted affiliation by Gauhati University. When the College came under North Eastern Hill University (NEHU), this Post Graduate program had to be done away with as NEHU did not permit colleges to run Post graduate courses. Kohima College achieved another milestone when in 1988, Tenyidie was introduced as a subject of study at the Pre University level. Gradually, Tenyidie was upgraded to the Degree level.  On 10th June 2013, the Government of Nagaland made the bold decision to physically de-link 10+2 academic level from the College.  Kohima College, a Co-educational institution affiliated to Nagaland University now offers three year Graduate Degree course in a multitude of Humanities program, including both General and Honours courses. The Commerce steam was successfully introduced in 2016.

Aside from academics, the achievements of the students in the field of games and sports have also been praiseworthy and by no means, negligible. The students have brought laurels to the College by winning several trophies at various inter college tournaments under Nagaland University and erstwhile North Eastern Hill University (NEHU). It may be mentioned that Kohima College has remained champion for three successive years in the State Parliamentary Quiz competition. The performance of the students in the National Cadet Corps (NCC) and National Service Scheme (NSS) activities have done the College proud. The college has on its roll, sportspersons who are state sponsored residents of Indira Gandhi Stadium Sports Academy, Kohima. These National level sportspersons have brought laurels to the state in the field of Boxing, Football, Archery and Taekwando.

Kohima College is fortunate to have had some dedicated personalities to tend to its growth. The first Principal was Mr. Horam, who joined in late 1969, followed by Mr. T Chuba who took charge in early 1972. Mr. H. Gupta joined in December 1979 and Mr. H. Saiborne, towards the early part of 1992. The first Lecturer- in- charge was Lt. Jonathan Chakhesang and after him came Mr. Bikstarwell Wanniang. Dr. Ralimongla presently heads the College as Principal.

It may be mentioned that Kruoliezou, where the college is presently located, is one of the fastest developing sectors in Kohima Town. The present campus covers a total area of 28.27 acres; the College has a three-storied building constituting three blocks with 15 classrooms, 1 Language Laboratory, 1 Seminar Hall and an Auditorium. The college has a digitized Library with internet and wifi-facility, and also a Book Bank funded by the University Grants Commission. Within the last 5 years, Kohima College has made positive and conscious decisions to acquire and increase infrastructural facilities so as to enable students to enjoy a wider spectrum of educational experience. A 50 accommodation capacity Girls’ Hostel and a100 bedded Boys’ Hostel alongside the College building is operating presently. Furthermore, construction of a UGC funded Indoor Stadium Sports Complex is completed as well as additional rooms for the newly introduced Commerce wing. There are also plans for constructions of new classrooms to facilitate more intake capacity of students; staff quarters and more hostels for both boys & girls are in the pipeline.

The Admission policy of the College is transparent and it has been doing yeoman service giving admission to students from economically weaker sections of society, regardless of race or tribe. It is mandatory for the College to take in Kohima District Higher Secondary School, i.e., Class 12 pass outs from Kohima District Government Schools into the Bachelor’s programme. Despite the fact that the majority of the students hail from families with low academic and poor financial backgrounds, their performance at the university examination is good and many have bagged university ranks in various subjects.

Kohima College celebrated her glorious fifty years of existence in 2017 and in the same year had also successfully completed the 2nd cycle of assessment by the National Assessment and Accreditation Council (NAAC) Bengaluru and graded B+. The college also hosted the first Inter Government College Olympic, organised by Higher Education, Government of Nagaland in 2019.

Over the years, the College has produced over 10,000 graduates and over 1,500 Honours Graduates. Currently, the college has a faculty strength of 47 Assistant Professors and 10 Associate Professors. There are 44 Ministerial staff under the college payroll. The college can hence, rightfully boasts of being one of the biggest College in Nagaland, catering to more than 1600 students. Making tremendous strides since the early years of inception, Kohima College is now one of the premier educational institutions in the state of Nagaland.

FOUNDERS OF THE COLLEGE

The College pledges not only to strive for Excellence, but also to prepare and nurture integrated personalities- men and women whose intellectual, mental, moral and physical facilities have been harmoniously developed-to become ideal persons and citizens who understand the meaning of life and what it demands from them.

DESCRIPTION OF THE EMBLEM AND MOTTO

The Emblem bears Rainbow, the Book and the Crossing Spear over the Hills. It signifies:

1.The Motto - Stands for Search for Excellence

4.The Crossing Spears - A symbol of distinct identity of the Nagas.

5.The Book - Signifies the source of knowledge

6.The Trophy - Indicates joy for achievements. 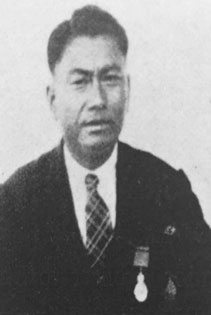 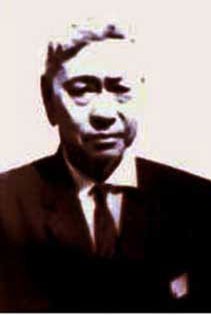 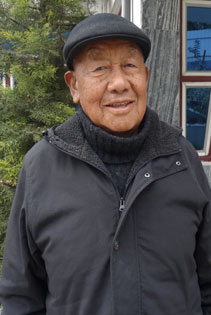